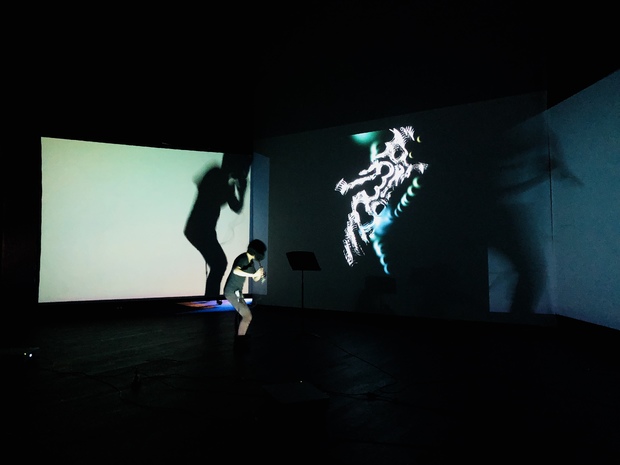 Dimensions: Chaosflöte features compositions of and improvisations with the chaosflöte. Works in both solo and duo formats within this program attempt to make audible - and visible - an abstraction of conflicts, questions, and dialogues of the self (denoted by circles within the reactive visuals of the performance). Continuous transformations, reappearances, and multiplicities of the circles symbolize the self and its inescapable yet fluid nature. 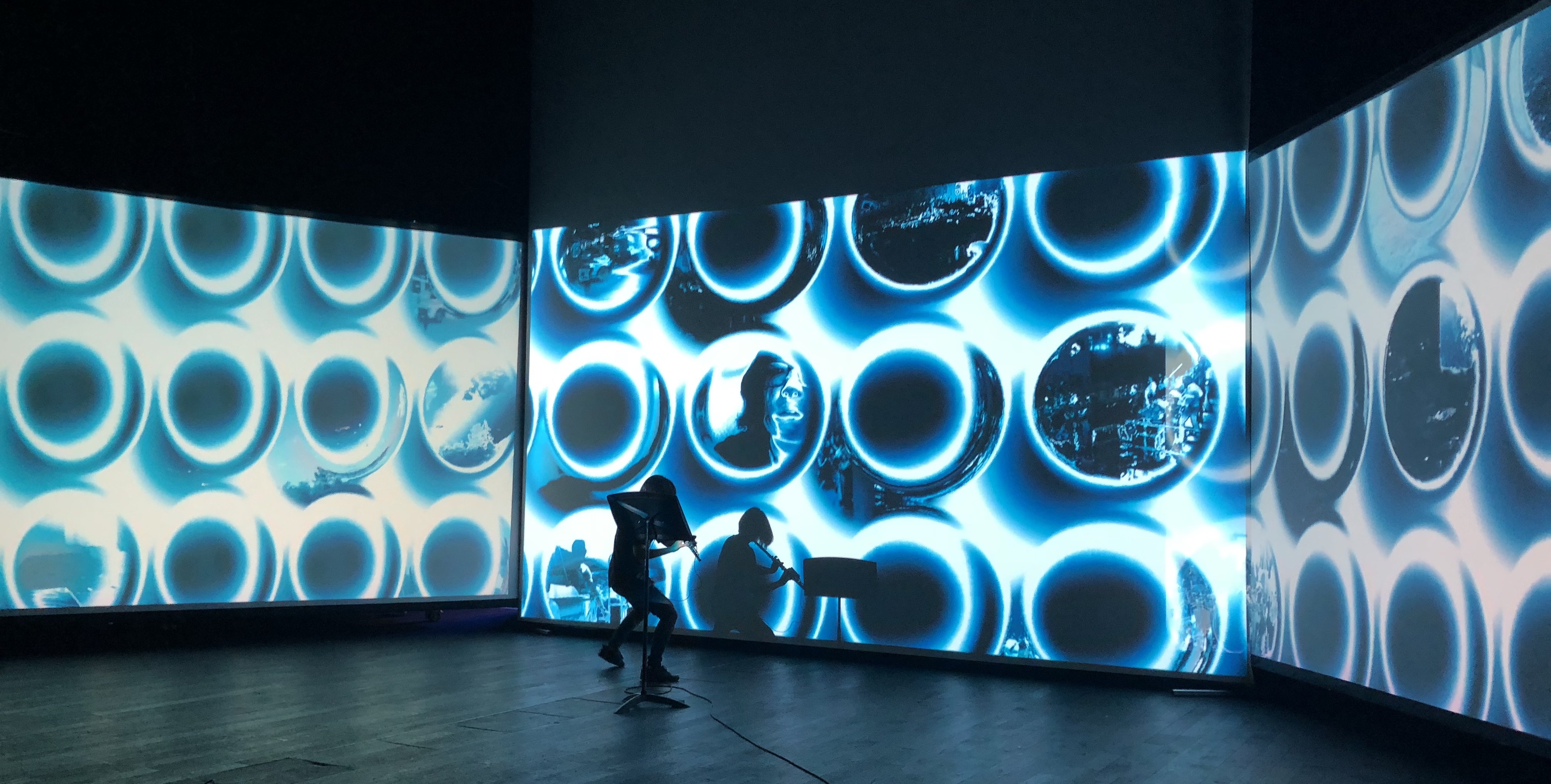 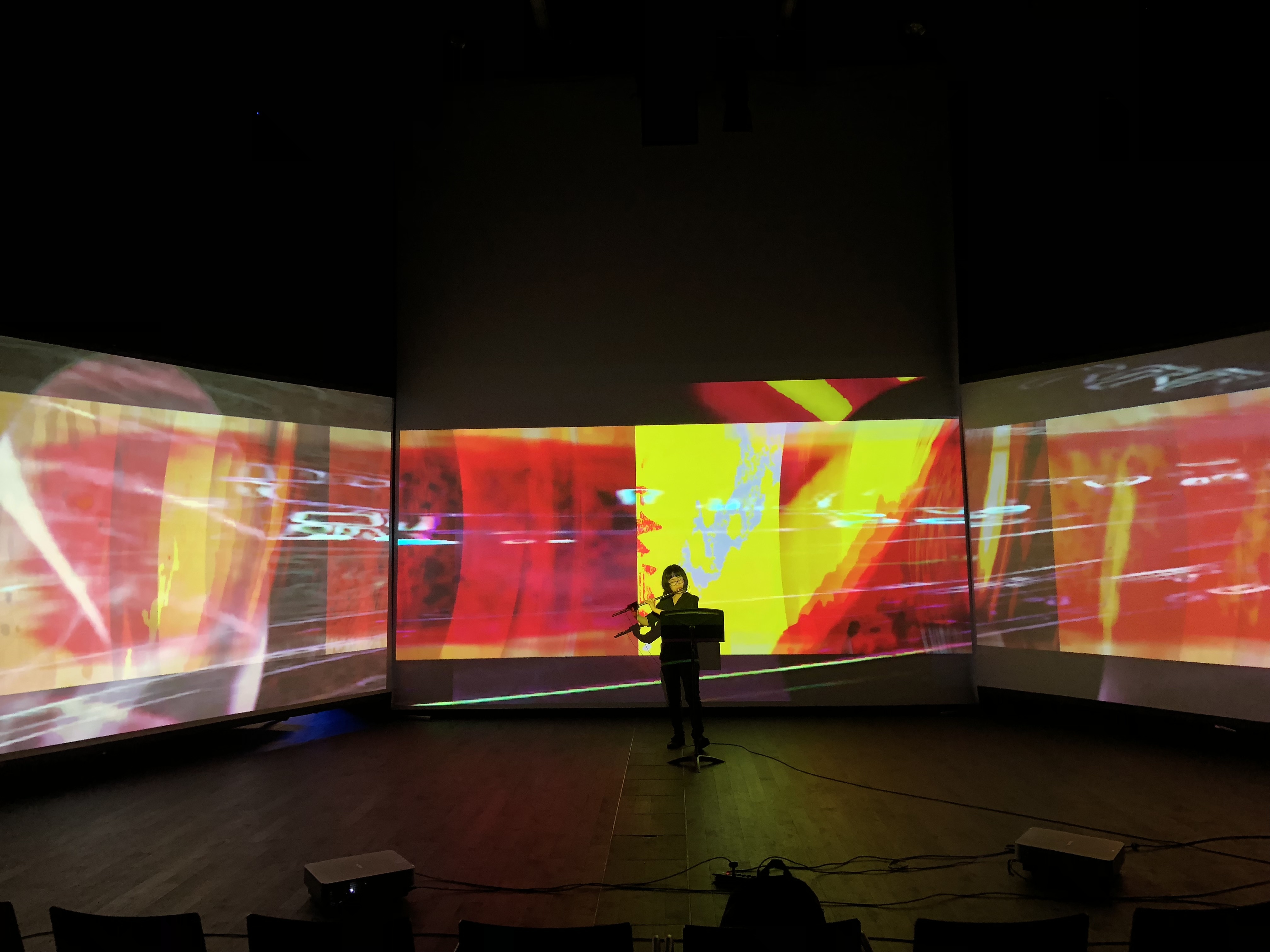 Originally recorded for the album Dulle Griet
(2009-2010), Verrando describes the following setting: "Disorder, multiplicity, anthropomorphism." In this composition, the flute warbles a melancholic song punctuated by flutters of rapid, imperceptible pitches. The flute seems to describe a fleeting memory that appears and disappears at a moment's notice. Simple geometries visually reflect the somewhat redundant, peaceful nature of the composition, where the end devolves the way it begins.


ANGST | ARGER | LIEBE (2018)
Melody Chua (b. 1994), Kay Zhang (b. 1990)
‍
A constellation of improvisations between amplified saxophone and flute, these miniatures reflect what a dialogue (conflict) might be between the conscious self (flute) and the subconscious (saxophone). As a different instrument entirely, and as one that is naturally louder, the saxophone symbolizes a force unexpectedly stronger than its conscious counterpart. Attempts by the flute to overpower it are futile. Yet, certain timbral similarities, extended techniques, and ways of producing sound exist between the two instruments, allowing them to work in (literal) harmony with one another.

From the composer himself, "There is never an idea more preternatural than that of the fixed. It is one more devoid of life than death, for even the dead beget.'

"How Am I Not Myself?," commissioned by Null-state's Melody Chua and Benjamin Whiting, takes as its subject matter the examination of Self, supposedly residing within a world of encompassing Other. The question is both enigmatic and nonsensical, and in the film I