aiya meets self is an interactive installation utilizing pose detection and machine improvisation to create an audiovisual dialogue. The installation creates a space between machine, its creator, and the tensions that exist between the two as they navigate each other as ‘others’ and also as integral parts of each other’s identity and embodiment. In this interactive installation, participants use their physical bodies as an interface in which to communicate with a machine improvisor (aiya). Together, both entities build an improvisatory dialogue through sonic and visual mediums. In a time where virtual meetings and remote learning become an accepted normal, and where one develops a heightened sensitivity to what it means to have a human presence, this interactive installation plays with the notions of external embodiment, extended mind, and what constitutes an affective virtual presence in the context of improvisation.

George Lewis raises the question, „Why do we want our machines to improvise?“ (Lewis 2018). There is a certain mystery of the spontaneous process of improvisation, and a practice that reflects the interplays within societal structures and forms the core of human interaction. Some might argue that perhaps this mystery of the human spirit must remain a mystery; to encroach it would unravel the infinite, almighty identity that humans have crafted for their symbolic self. This threat is not only bounded to the mystery of music making, but takes inspiration from humans’ existential identity crisis and the ultimate subconscious denial of the mortal condition. As Ernest Becker describes, humans are confronted with an existential paradox: „the condition of individuality within finitude” (Becker 1998). On the one hand, the human has a „symbolic identity“ marked by an awareness of her history and an unbounded imagination that can speculate about concepts far beyond her immediate physical grasp. On the other, she is bounded by the physicality of her decaying body, destined to decompose along with every other organism in her universe. Humans, according to Becker, are both „out of nature and hopelessly in it; he is dual, up in the stars and yet housed in a heart-pumping, breath-gasping body that once belonged to a fish and still carries the gill-marks to prove it” (Becker 1973). The dual-nature of the human is difficult to reconcile, and at the core of this difficulty is the necessity to face one’s own mortal vulnerability.

Augmenting the body with technologies entertains the inner desire to deny oneself this vulnerability and defy the eventual degradation of the flesh. Easy examples include the integration of pacemakers to regulate a misfiring heart, a notebook to augment the forgetful mind, or in the context of musical expression, microphones to extend the sound of the human voice to reach farther than is otherwise ‘humanly’ possible — among a myriad of others. Indeed, the extended mind and the cyborgian figure entertain the question, „Where does the mind stop and the rest of the body begin?" (Clark 1998). When we improvise with machines, they function not only as a separate entity with which to engage in musical conversations, but simultaneously as augmentations of our musical cognition. And yet, we return to the original threat that performing with machines – and more so when one creates those machines herself – poses on our identity: just as humans struggle with the paradoxical „condition of individuality within finitude,“ so do they resist the idea that machines could have the potential to explain the mystery of musical improvisation and make tangible, make physical, and thus, make vulnerable the symbolic, sublime nature of improvisation.

This brings back the original question: „Why do we want our machines to improvise?“ Lewis concludes, “…perhaps our improvising computers can teach us how to live in a world marked by agency, indeterminacy, analysis of conditions, and the apparent ineffability of choice. Through improvisation…we learn to celebrate our vulnerability, as part of a continuous transformation of both Other and Self...What we learn is not about machines, but about ourselves, and our environment” (Lewis 2018).

aiya meets self invites participants to explore this transformation of ‘other’ and ‘self’ by creating spontaneous, playful soundscapes together with the machine improvisor. The experience blurs the lines between physical and symbolic identities, plays upon fluctuating power dynamics in musical improvisation, and asks one to re-imagine the tangibility and affect that can emerge from one’s own virtual presence. 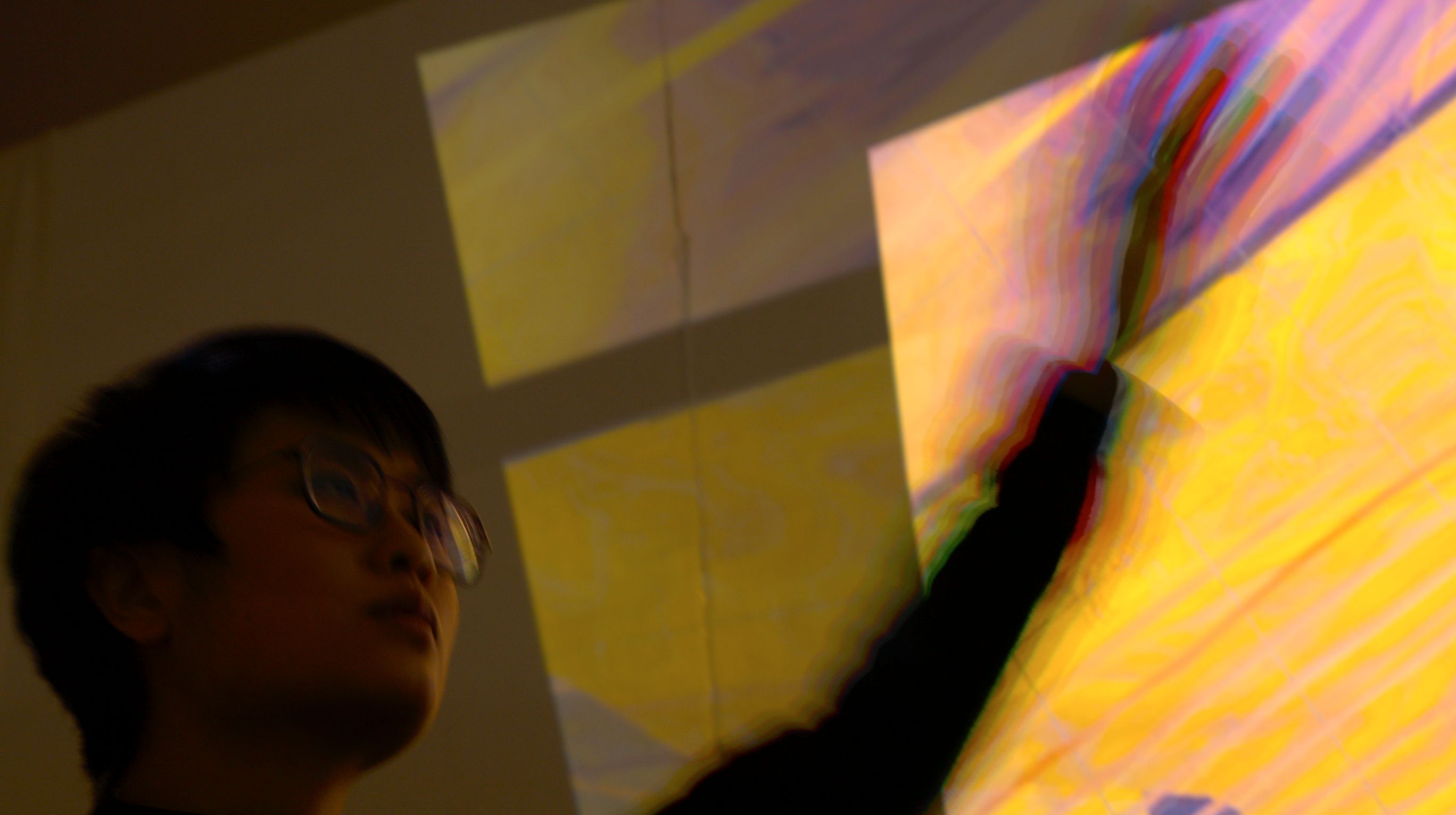 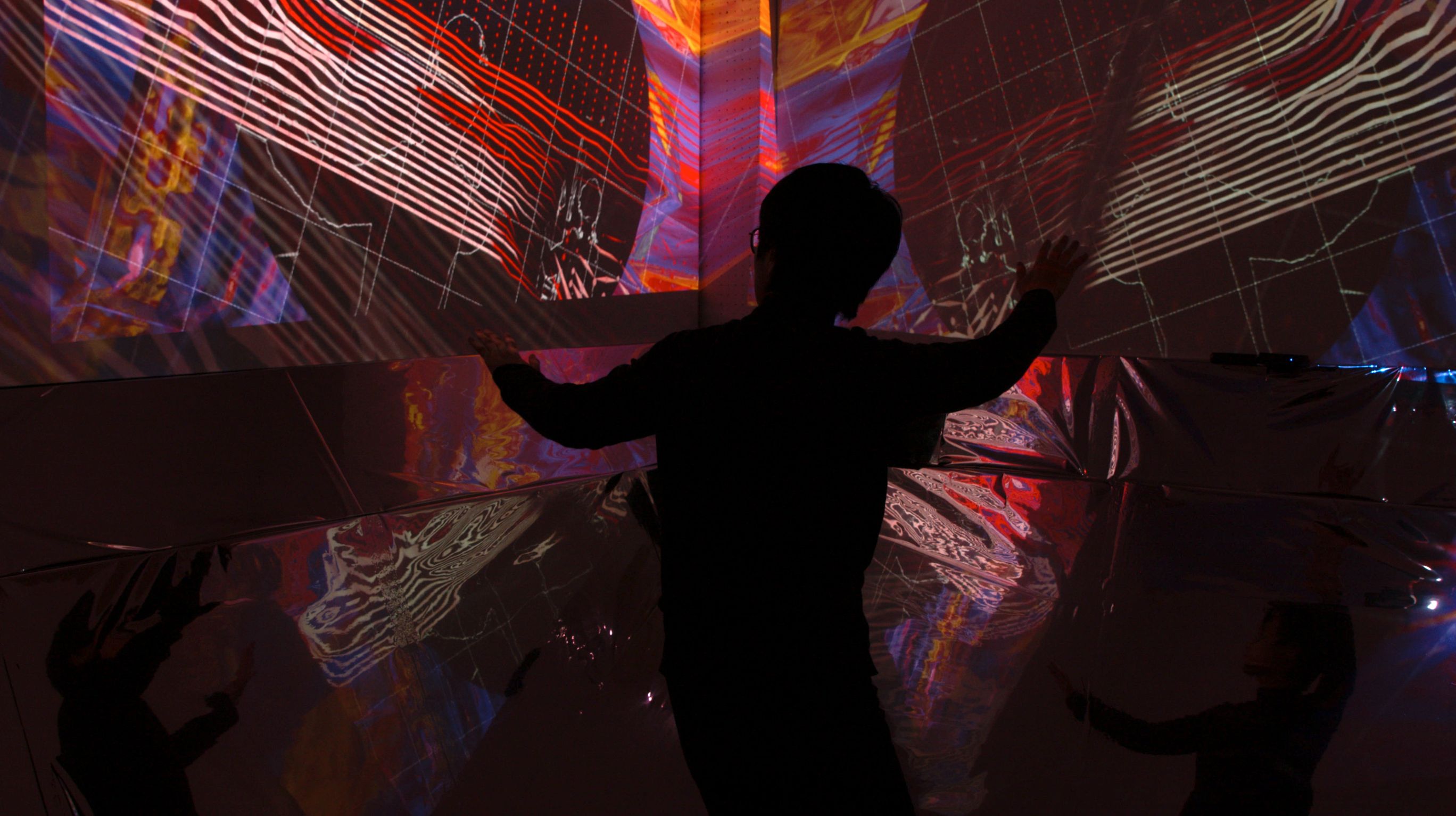 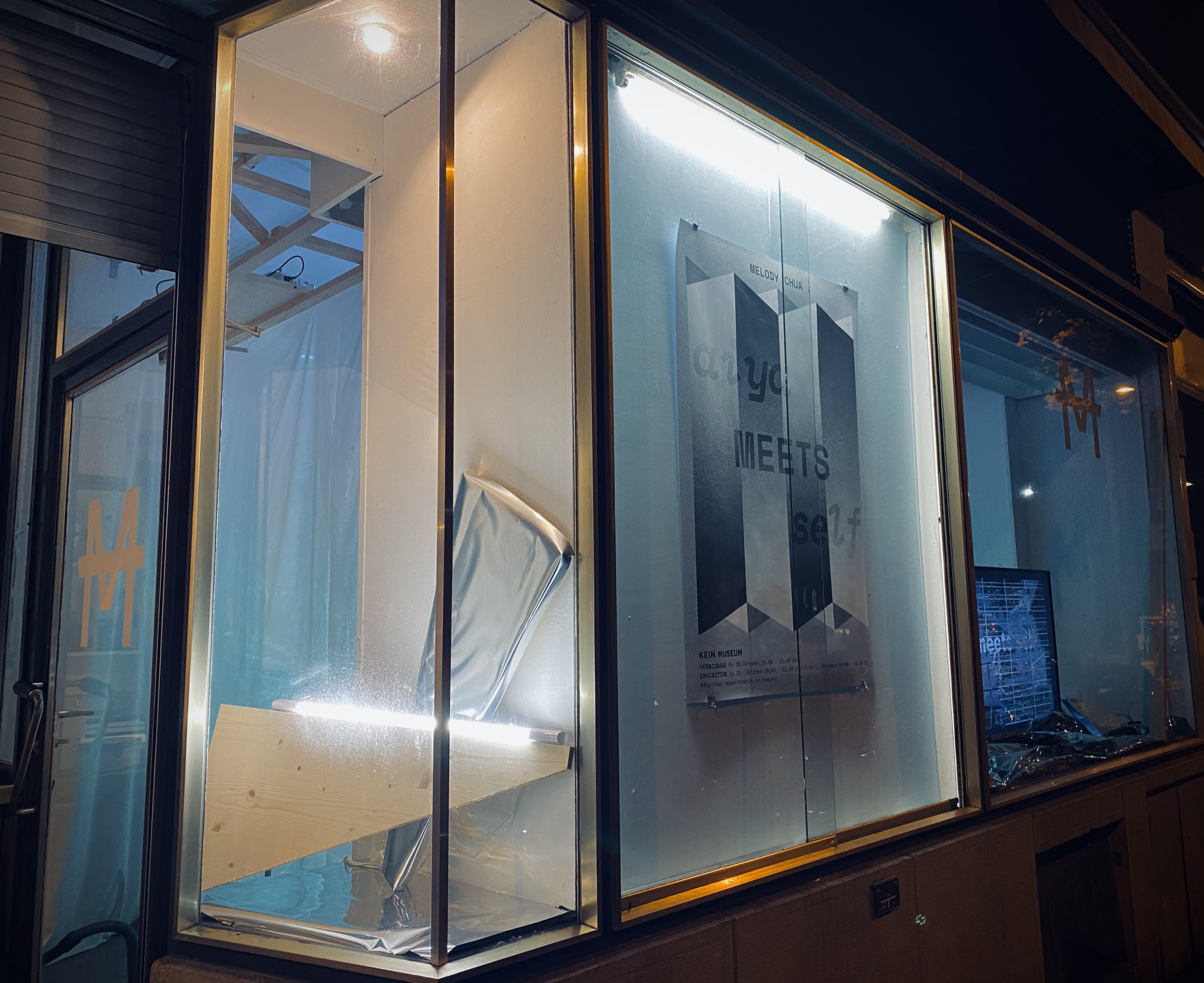 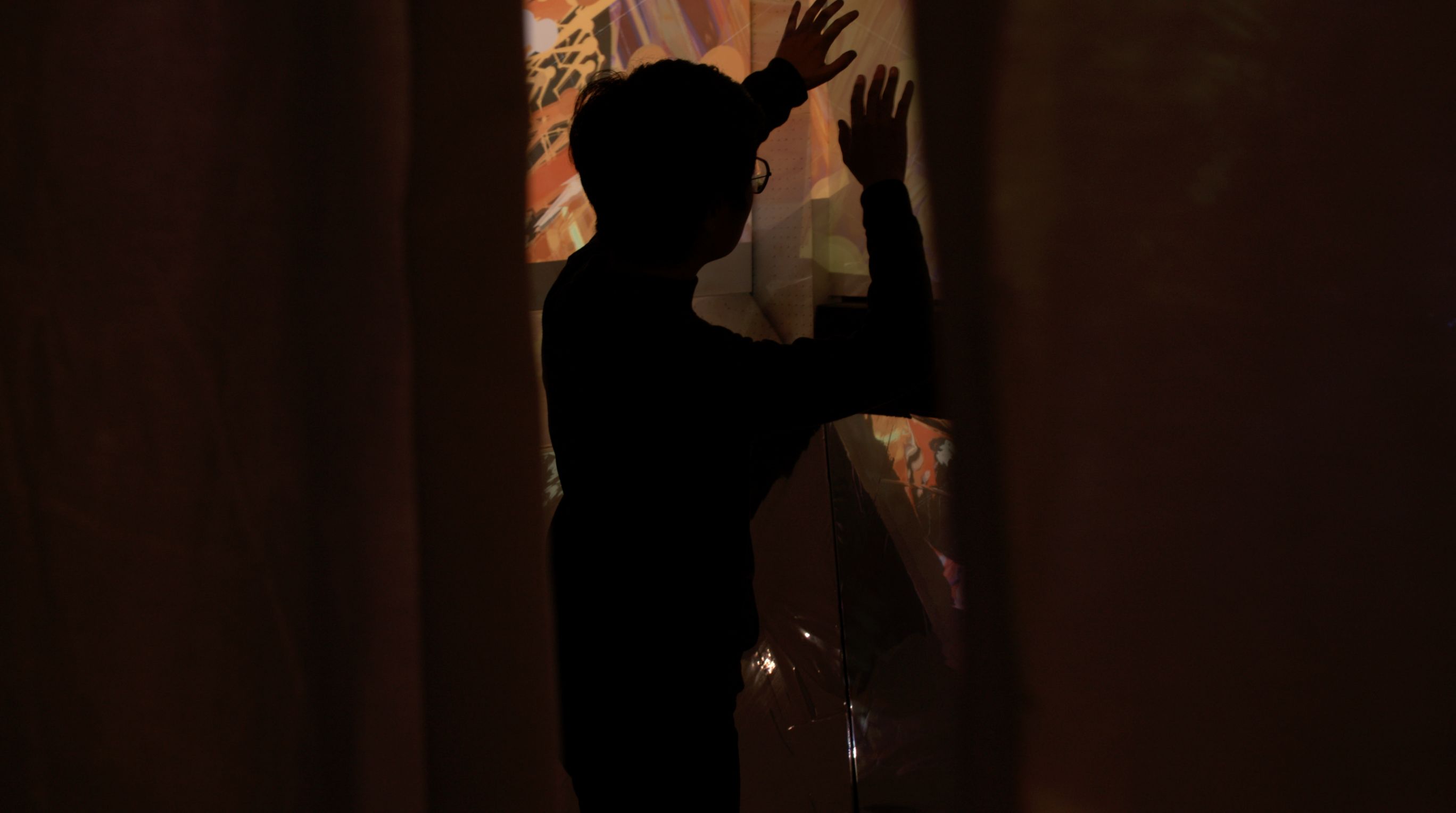 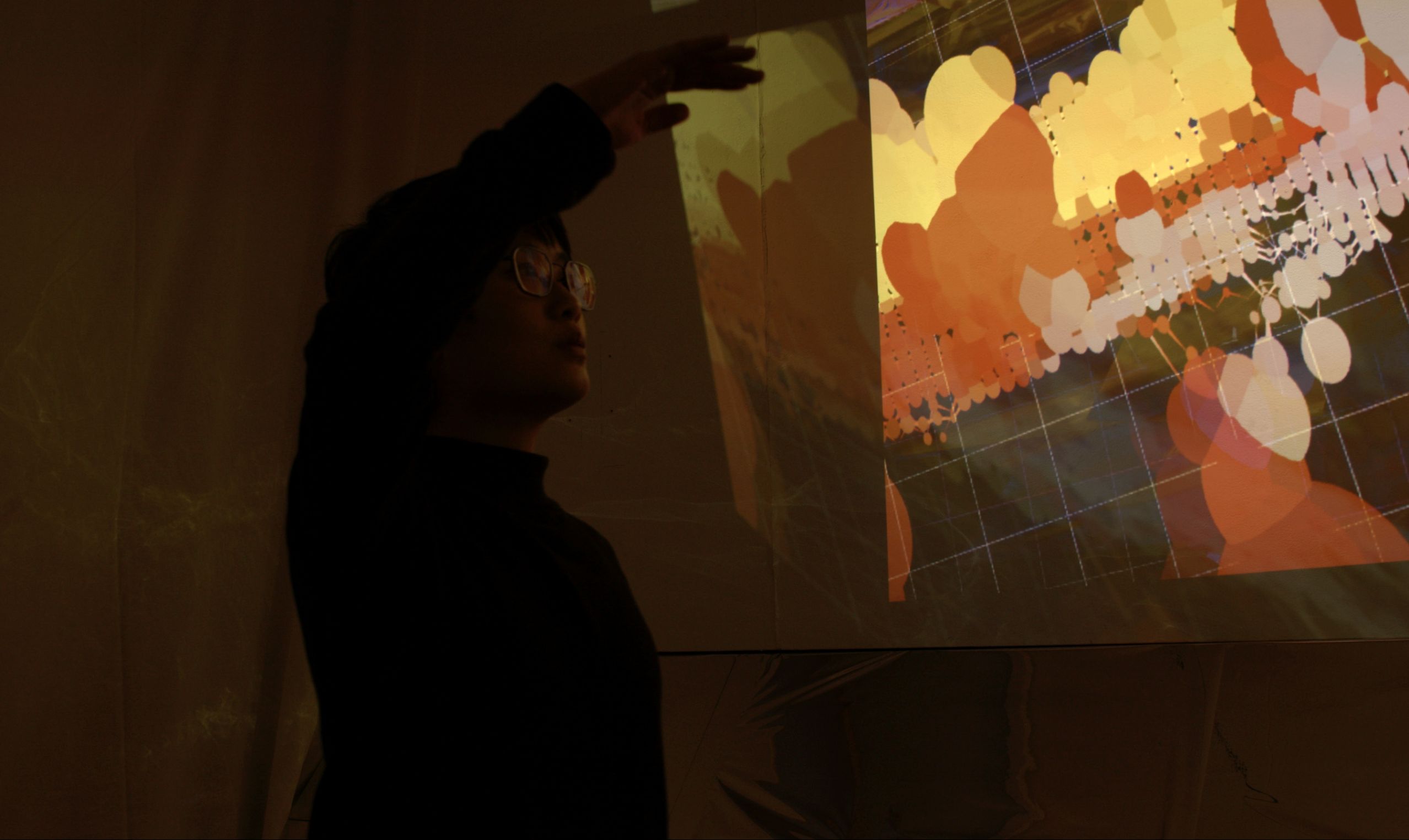 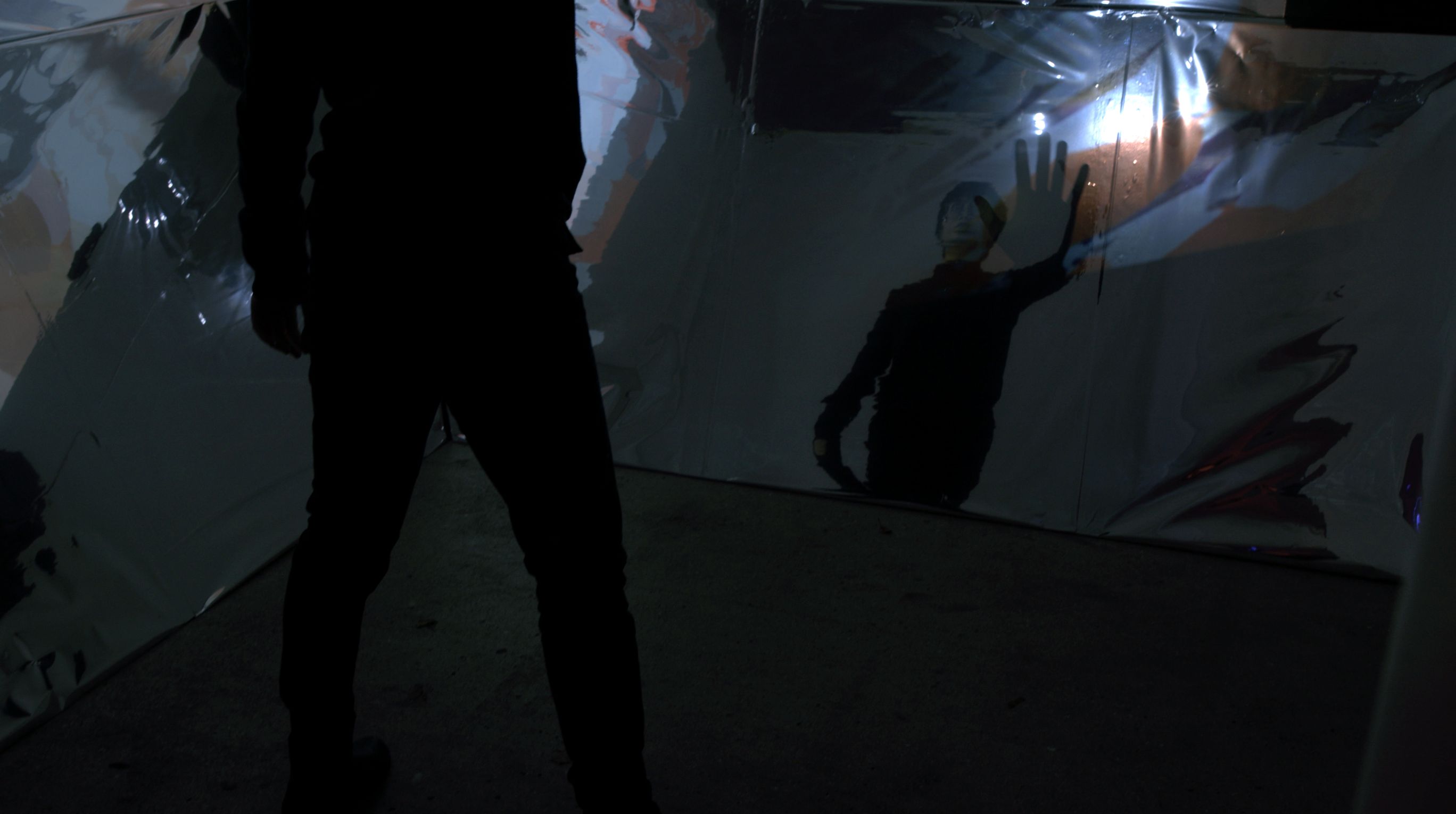 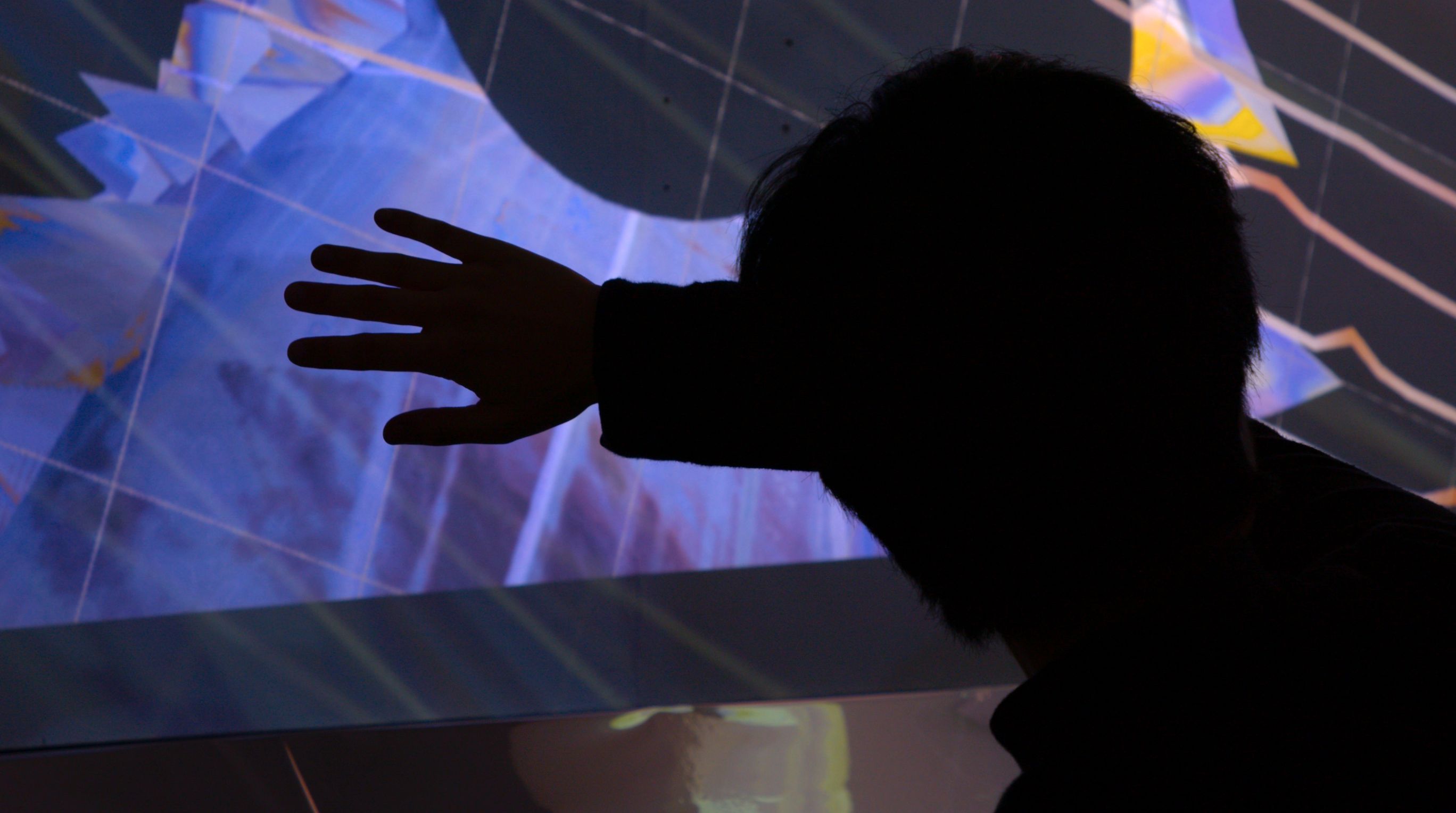 Lewis, G. (2018) “Why do we want our machines to improvise?” In: The Oxford Handbook of Algorithmic Music.